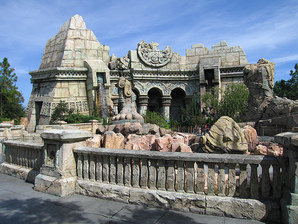 Poseidon's Fury - Probably my favourite themed attraction Facade ever
Every country around our planet is based on some form of Mythology or Legend. Stories which have edged themselves into the very heart and soul of a country and its people. 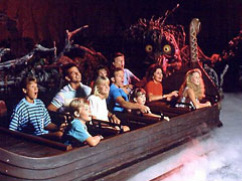 The 6 characters and their lands are: 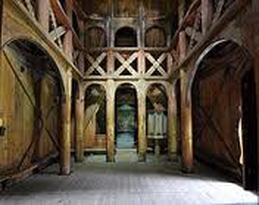 Norse architecture would inspire a 'great hall' food outlet.
‘Heros’ (pronounced ‘Hair-ros’) represents the mythologies of the world that centre on Gods and Heroes e.g. Roman, Greek and Norse Mythology. The architecture of the land is based on the great Greek temples in Athens and mainland Greece such as the Parthenon. Another section of the land will feature a version of Asgard using traditional Norse architecture from Viking times. The attractions of this land include A Jason and the Argonauts based dark ride, A Norse monsters walk through attraction, a ‘drop to Hades drop tower’ and a roller coaster based on the Valkyries, the mythical beings that took a warrior’s sole to Valhalla once they died. Food outlets would be a counter service restaurant called the Hall of Kings – a feast of meats in a themed banquet hall.

‘Archer’ Represents European and medieval English myth – tales of Dragons, Wizards (and English myths such as Robin Hood and Camelot). The ‘ wienie’ of this land would be the castle Camelot which would serve as the façade to the show building of a dark ride based on King Arthur & the Knights of the Round Table. A Robin Hood themed Sherwood Forest adventure trail would exist within. And a small Medieval English village would feature food and merchandise opportunities. An indoor roller coaster themed to the Wizard Merlin doing battle with various dragons’ and monsters could also exist. 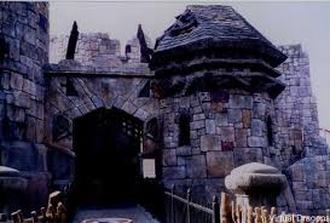 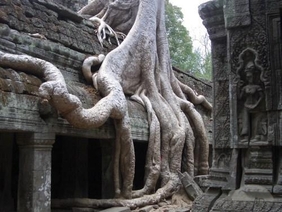 Ta Prohm temple - an incredible environment
‘Wind’ represents the tales of the Far East – Based on Asian and oriental folk lore and myth. A recreation of the Ta Prohm temple in Vietnam would house an immersive dark ride featuring an ‘Indiana Jones’ character discovering the secrets to the temple and the folk lore behind the temple with a few surprises along the way.

‘Voodoo’ represents the world of modern Urban Legends – Yeti, Loch Ness, and the paranormal in this smaller land. A 3D show featuring the hidden creatures of the world would be the land’s main attraction as well as a haunted house ride called ‘The Crooked House by the Creek’.

‘The Coyote’ who tells Mayan/Aztec & South American tales A themed adventure trail would be based on South American children folk tales  such as ‘the Rabbit & the Coyote’. The wienie of the land would be an Aztec temple housing a dark ride based on the 2012 prophecy.

‘Savannah’ exists to represent the stories of the great continent of Africa and the Middle East as well as Egyptian Mythology. An immersive show themed to the ‘Spirit of Africa’ would feature  a live actor telling the story of Africa in a room filled with projection effects. An Egyptian duelling coaster themed to be a duel between the Gods Horus & Anubis. African and middle eastern food venues would provide a themed cultured taste for guests. 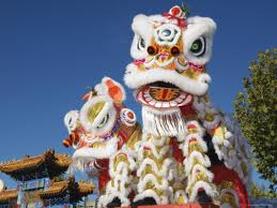 Chinese culture would dominate the stories told by 'WIND' 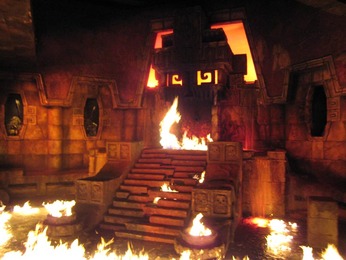 The story would be told in the park map, a central daily show at the foot of Mount Fabula and each character would appear in their respective lands in the various attractions. The theming of each island would be a mixture of the myths and culture that they are representing and the attractions would be based on the stories that have come from that corner of the world.

The business model of the park exists to target similar demographics to that of Universal's Islands of Adventure. With large scale thrill rides mixed with adventure trails for younger guests, all in an immersive themed environment which is based around a story of marketable characters (presenting merchandising opportunities.). Basically there would be something for everyone here.

Sitework and landscaping would be a mammoth task as the park is heavily themed and would consist of large show buildings and wienie’s. A large parking lot or structure would be built close to the park meaning little walking distance to and from vehicles. Power, A/C, and Communications point of view, I imagine this place would require a great deal of power to keep running and so would need to be situated near a dedicated power station or supply. Security would consist of dedicated staff (in themed uniform) and either nearby Medical and Fire Facilities would be needed or some kind of team on site.

The alternative to a ‘whole theme park’ design would be to have this place designed as an indoor stand alone visitor attraction, still maintaining the main story , but scaling down the attractions slightly. Merchandise and food options would still help bring in a great deal of guest spend on top of a more modest entrance fee.

That’s the basic idea for my park. Just a concept right now rather than an actual detailed design. I haven't gone into much detail at the moment and tackled the many issues that would arise from a business, engineering and design point of view but, hey – it’s fun to dream!
copyright Jonathan Bonner 2012